Originally a 15th century refectory for monks, the building was converted into a chapel in the early 19th century by the Confraternity of Penitents. Since then it has been used as a permanent site for prayer and for religious services in winter. 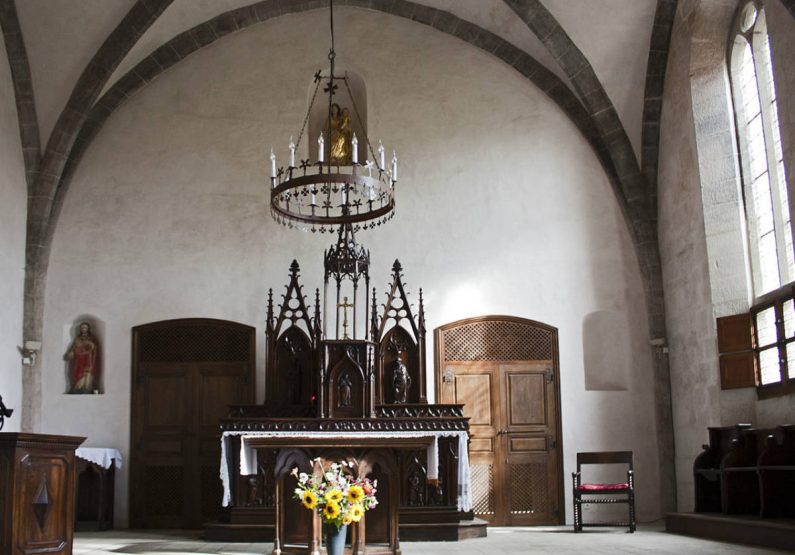 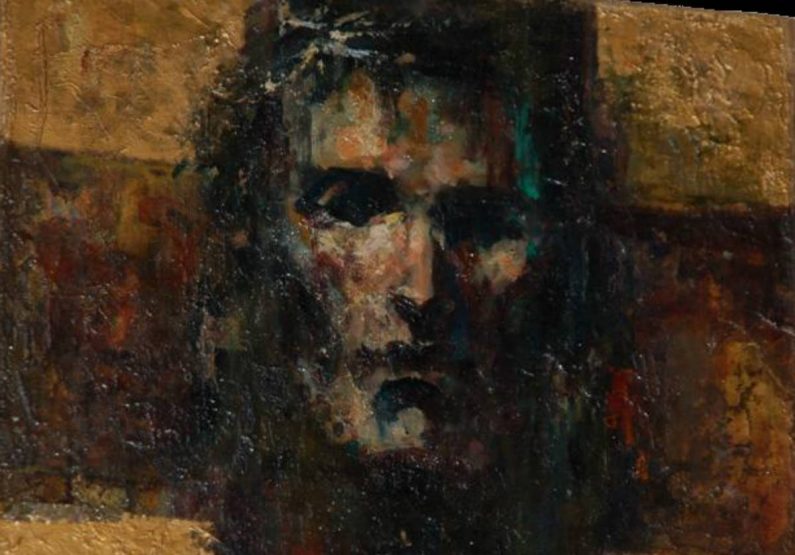 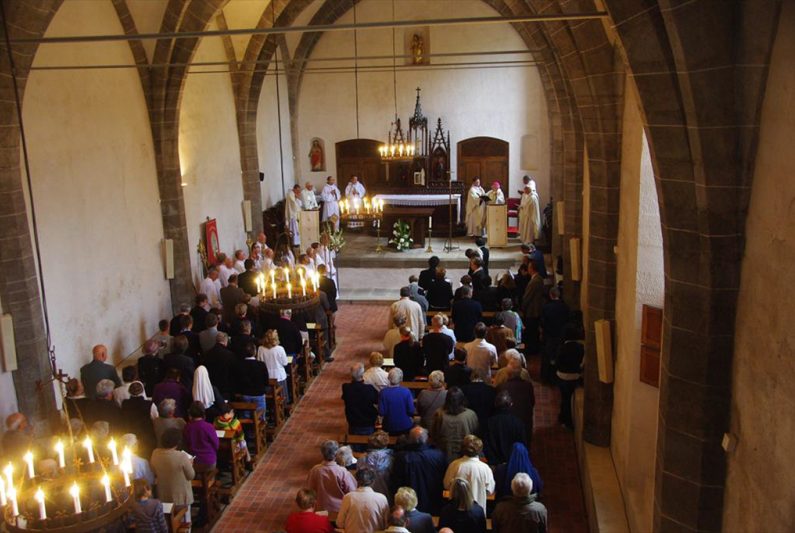 It was built when Jacques of Saint-Nectaire was abbot. We can see his coat-of-arms on the keystones. The symbol's of Christ's passion are displayed on the tribune. They were used every Good Friday in the 19th century during the Easter ceremonies.
In 2012, the chapel was restored and consolidated.
The chapel walls are decorated with the unusual Stations of the Cross painted by Robert Falcucci in 1980.
There is no access without stairs for the chapel of the Penitents. Whatever the route, there are always two to three steps if not more. For less step access, contact the brothers of St John's Community.