The small town of La Chaise-Dieu has a population of around 700 inhabitants. It nestles around an old Benedictine Abbey that was founded in the mid-11th century by St Robert de Turlande: the "Casa Dei" (the House of God). 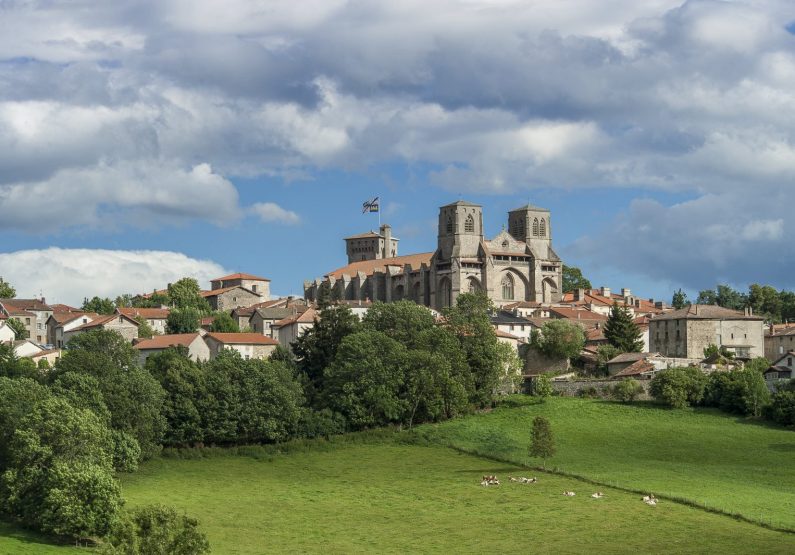 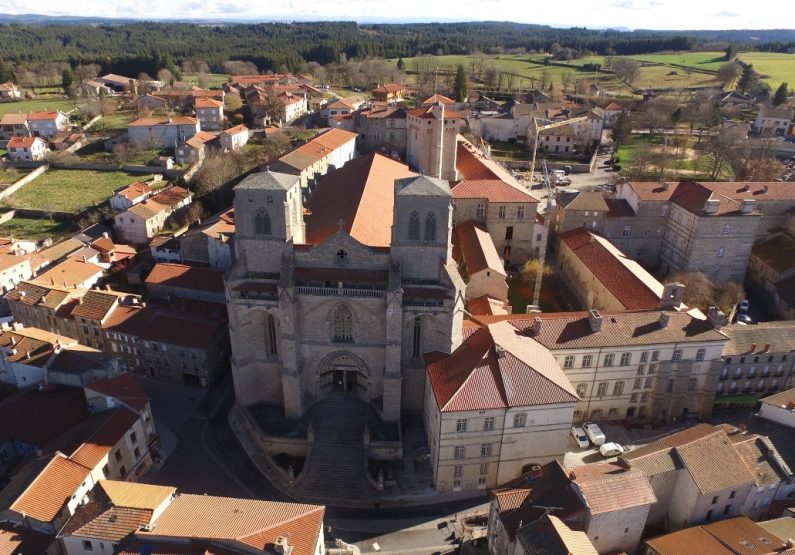 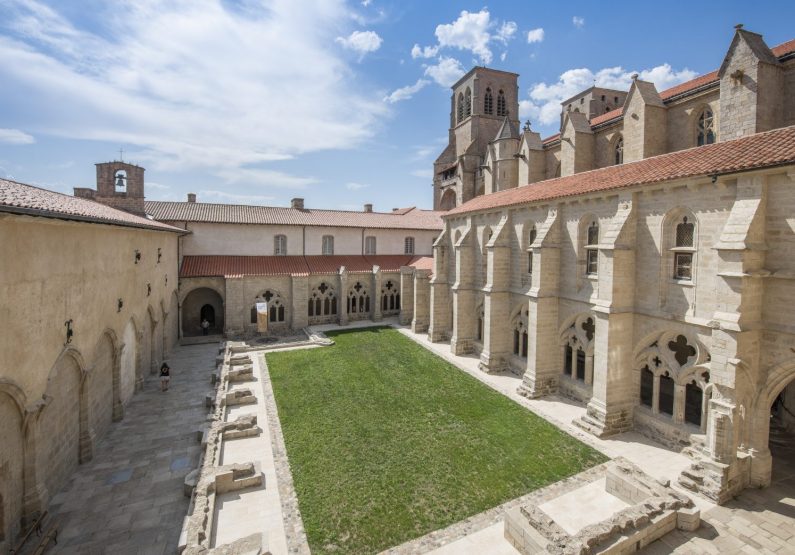 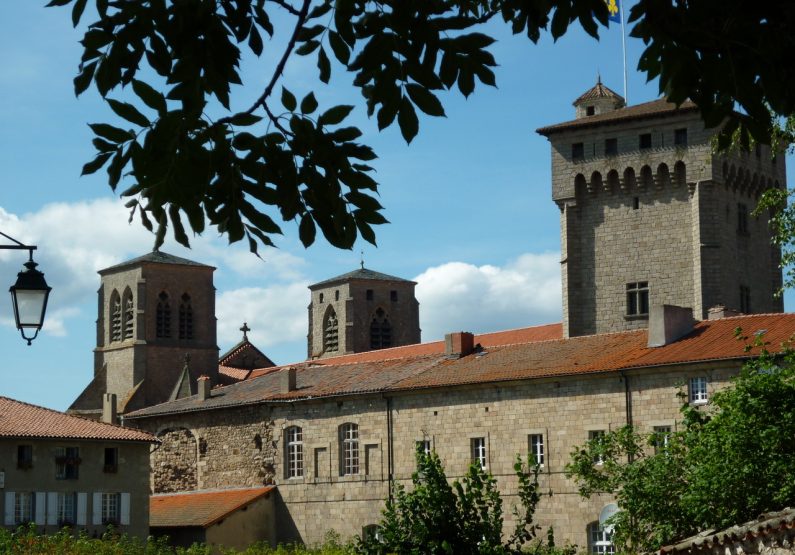 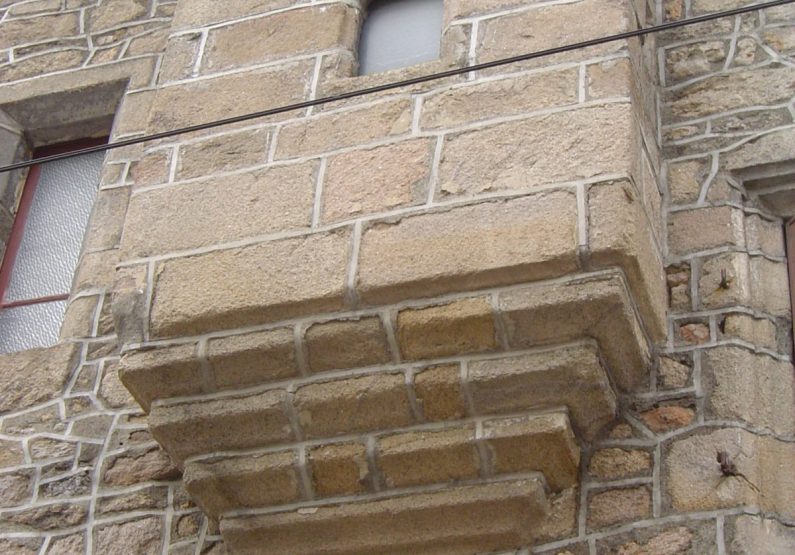 All that remains of the large Romanesque abbey that originally stood on the site is a Gothic abbey church of impressive size that was built in the mid-14th century to house the sepulchre of Pope Clement VI. His marble tomb can still be seen in the monks’ choir, surrounded by 144 oak stalls sculpted with interesting medieval patterns and a magnificent mural on the theme of death painted in the 15th century to decorate the northern side aisle: the "danse macabre". The rood screen closing off the choir has been preserved. The Baroque organ, dating from the 17th century, is above the main entrance and resounds in the vaults each Sunday morning during the religious services taking place here from April to October.
Guided visits to the church are regularly organised in season by the Community of St John and by the Bureau of Tourist Information of the Chaise-Dieu as well as on reservation for groups all the year round.
A famous Music Festival has taken place here each year since 1966 in the last two weeks of August with classical music concerts every day. Access to the church choir is limited during the festival. Please ask at the Tourist Office about opening hours.
The Gothic cloister was partially destroyed, but there are still two fine, recently restored galleries. The abbey refectory was converted into a chapel after the French Revolution, when the Benedictine monks left the abbey. The 17th century abbey buildings are currently being renovated. The “echo wing”, containing the old college chapel, will soon be hosting the rich collection of 14 Flemish religious tapestries from the 16th century after their restoration. The famous echo room has surprising acoustics, so that two people can converse in a whisper from a distance in two different corners of the room...
Since the summer of 2019, these spaces are included in a 1h30 free guided visit with audio visio guide. Closed course in winter for individuals but open year round for groups on a guided tour.
The Clementine Tower, an impressive fortified keep beside the apse of the abbey church, once housed the treasures and riches of the abbey. The stables and barns opposite were converted into an auditorium in 2010 and now regularly hosts concerts and films.
The town centre that grew up below the abbey still has some fine medieval houses. One of them features 12th century Romanesque twin bays and is hidden in the town’s oldest street, the narrow Rue des Casernes, paved with pebbles... All around the fountain square, built in 1609, are fine private townhouses decorated with brattices used to keep an eye on people entering the building... A few traces of old fortified ramparts dating from the 15th century can still be seen with the Maison Forte de la Cloze to the west and the For Gate to the east...
Guided tours in July and August and by reservation for groups all the year round.
A map of the old town centre is also available on request.