Discover the History of Velay by visiting its emblematic fortresses. Among them, Polignac fortress, Saint Vidal fortress and its summer shows, as well as Chavaniac-Lafayette castle, stronghold of the Marquis heroes of the Two Worlds.

The fortress stands on the outskirts of Le Puy-en-Velay. This is a unique site in the region and always an impressive sight for visitors. It inspired and attracted Georges Sand, who set one of her novels here.

When you arrive in the village, the impression of power is overwhelming. The volcanic rock is surrounded by steep slopes to form the perfect spot for keeping watch over all the countryside and taking shelter in the event of an attack.

The impressive platform where the fortress was built covers almost 3 hectares. Polignac is already a treat for the eyes from the outside, but from a visit to the site itself is even more impressive. The Puy-en-Velay basin stretches out beneath your eyes, and in the distance the Velay hills, the Meygal and Mézenc mountains ranges are a wonder to behold.

Chavaniac-Lafayette Castle, the mansion of the two worlds

General Lafayette was born on 6 September 1757 and spent his childhood in Chavaniac, a small town in Velay. He was not yet 20 when he secretly sailed for America on the Hermione, nicknamed “the Frigate of Freedom”.

His name is linked to the revolutionary tricolour cockade and to the most intense episodes in the history of liberty: the American Wars of Independence and the Declaration of the Rights of Man.

He is known as the hero of the two worlds!

Today, the spirit and heart of Lafayette are more than ever alive in this residence, where voices take you back in time and lights will guide you through the heart of the castle.

The walls recount the story of his life: his happy childhood in Chavaniac and his marriage with Adrienne de Noailles. Like in a play, the scene is set, and the characters brought together to perform a great event.

During the visit, you can find out more about the Marquis de Lafayette, as you walk along the corridor to see the Haute Loire room of his childhood. The visit continues in the Treasure room, then the room where Lafayette was born, and the scene of our hero’s wedding, which was to change his destiny.

Opening up the doors of history…

Saint-Vidal and the History of France

The Saint-Vidal fortress had fallen asleep for 20 years. It is now open again, with performances and attractions recounting the history of France.

Go back in time with a non-stop spectacle as you walk through a thousand-year-old fortress. Fifteen rooms in the castle help illustrate key episodes in French history from Vercingetorix to the 18th century.

Thanks to actors and new technology, this is a chance to see fascinating French history in a new light.

Enjoy a stroll in an exceptional, renovated park with a unique visual and aromatic experience, including 3 themed gardens:

Immerse yourself in the history of 16th century Velay at an evening sound and light show combining video-projection, fireworks and almost 200 actors and volunteer extras.

The Puy-en-Velay basin contains basalt rocks, including the most spectacular of them, Saint-Michel d’Aiguilhe (St Michael of the Needle). These “volcanic plugs” are the result of magma flowing upwards from volcanoes, like at Saint-Michel, and which were formed under the water of the lake some 2.2 million years ago.

The chapel was built in the year 961. This remarkable technical and human achievement was begun by Bishop Gothescalk, who decided to erect the chapel after returning from a pilgrimage on the Way of St James. During restoration work on the altar in 1955, the chapel treasure was discovered, consisting of relics dating from the building’s construction. Some remarkable murals have also been restored.

And not forgetting… our historic villages and castles

Below you can find historic villages and castles to illuminate your stay and introduce you to our local heritage.

At the heart of Auvergne, in the northern Haute-Loire region and just [...]

This impregnable medieval fortress with a wall walk and a unique defensive [...]

The church was built to house the tomb of Pope Clement VI [...]

This is one of the most famous fortresses in the Velay region. [...] 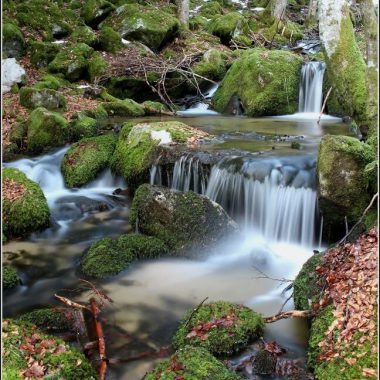 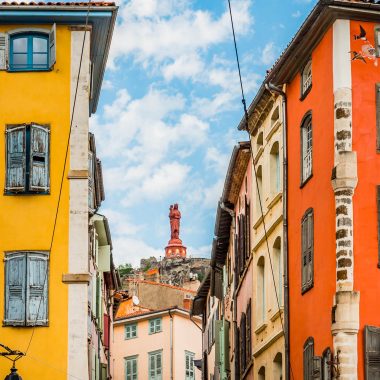 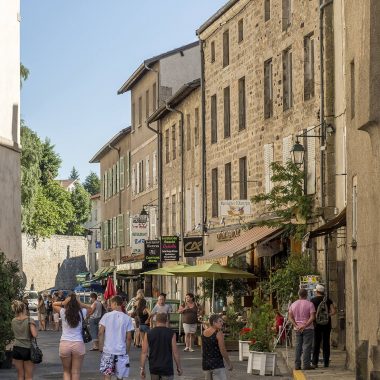