You'll be amazed! Open your eyes and your ears - and journey far away during the new Puy de Lumières light show!

In the town squares, on the historic monuments, in the botanical garden, on a 2-million-year-old volcano or on the River Loire – the longest river in France – enjoy some wonderful sound and light shows, taking you on a journey and introducing you to our wonderful region.

Each show highlights one of the many riches in the area: heritage, specialities, volcanoes, the major nature sites and historic events – but we won’t tell you all about it now because we don’t want to spoil the fun!

The visit takes in 8 sites in Le Puy-en-Velay town centre and on the banks of the River Loire in Brives-Charensac. There is no set route and visitors can enjoy it at their own pace. Each show lasts about 15 minutes and is repeated from nightfall to midnight. All along the way, you will come across typical restaurants and enticing cafe terraces.

Come back this evening for the
Puy de Lumières!

I remember I had to carry Léa on my shoulders when we left the Table du Plot restaurant. We had been walking all the afternoon, it must be said, and the little nap in the Henri Vinay gardens obviously wasn’t quite enough to recharge her batteries!

It was almost midnight when we turned right into Rue des Tables, which is where a nice lady had told me a few hours before that we should “come back this evening for the Puy de Lumières”. It was a cobblestone street and a steep climb! Léa looked up, she saw Puy Cathedral looming up in front of us. It was completely dark at the top of a long stairway that made you feel dizzy.

But a few minutes later the Cathedral was lit up, it seems to me it even moved. And a lights seemed to be springing out of it. Images, colours, characters suddenly brought to life… I couldn’t tell you how long it lasted, but my daughter stood there speechless with her eyes wide open. Yellow, blue, green and red, a magical story written in light on the facade of the building.

She has always been afraid of the dark, but that night we walked for over an hour in the streets of Le Puy-en-Velay and at every new monument saw new colours dancing. We even saw a dragon spitting fire on a big volcano in the distance. Then we had the chance to see Saint-Michel d’Aiguilhe chapel perched up on top of a volcano. Vivaldi’s Four Seasons resonated in the silence as the public savoured the magic spectacle.

I’m 41 years old and this is the first time I have had a waking dream.

There were lots of us, plenty of dads like me clapping at the end of the projection. I carried Léa to the front for each show on a Friday night in June. After the Cathedral and the Saint-Michel d’Aiguilhe rock, we headed for Saint-Alexis Chapel, the Town Hall and then the Theatre.

We met lots of families coming up from the lower part of the town. I decided to round off our light-filled visit in the town centre, near where we were staying, in Place Cadelade.

My back and legs were weary, I fell asleep with my head filled with colourful memories. I’m 41 years old and this is the first time I have had a waking dream.

Wonders of the night

“It was incredible, I wasn’t expecting a show like that! I’m from Lyon, and I was really amazed by the play of light on the facades, you almost forgot the building was there. It’s a journey back in time, showing you how Le Puy-en-Velay was built up over the centuries. I came back again with my grandchildren, aged 2 and 6, and they still talk about it… The cathedral was the most impressive and magical show, it was like a real living watercolour.”

“When we stay with our relatives on holiday, we always go to Le Puy-en-Velay. I really loved the Puy de Lumières, it makes a change from traditional sightseeing, it’s dynamic, it’s beautiful, I shared lots of pictures on the social networks. I really like the Town Hall, where they recounted the different periods in French history, it came in handy when I was taking my history exams!”

“My wife and I were walking along the Way of St James and were able to enjoy this free sound and light show. It’s a great idea to put on the show for visitors every evening, well done! I loved the volcanic eruption on the rock, all that was missing was an earthquake and you would feel like it was really happening” 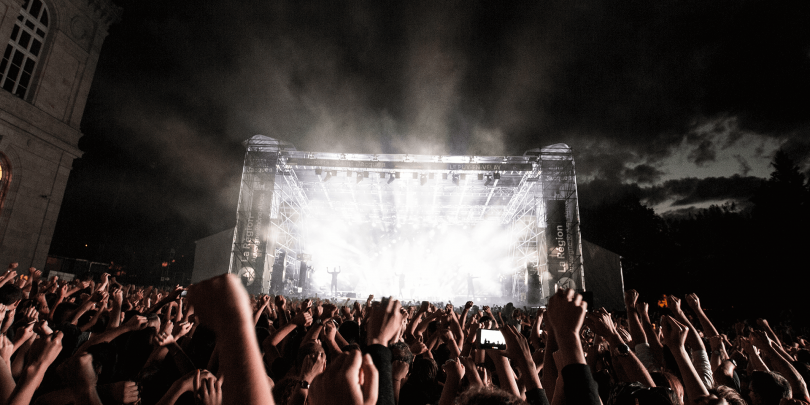 Living to the beat of the seasons 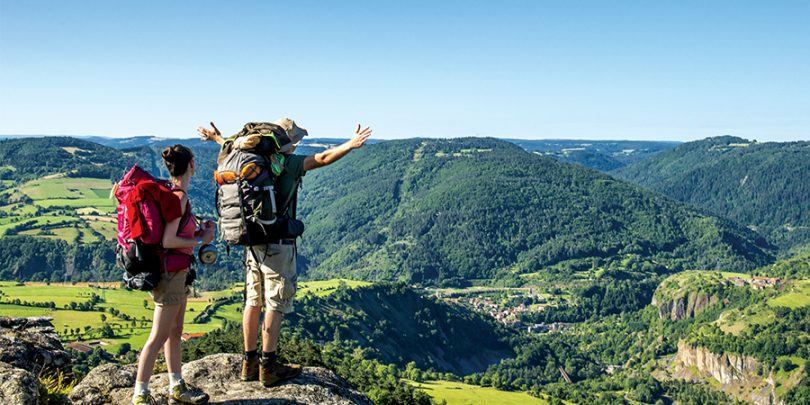 Saint James Way your own way