The sun is out, everyone is wearing shorts, the days are getting longer and after the evening barbecue with a glass of rosé at 7 o'clock comes the question... "What about a concert?" OK! Le Puy-en-Velay is a land of festivals with dancing and emotions for thousands of spectators each summer.

There are thousands of good reasons to visit Velay in summer. But the festivals will always be a guaranteed hit during your stay. There is something for everyone, so pick up your ticket and come this way!

Music is king in Velay

The big summer festivals are reason enough to hit the road and come to Le Puy-en-Velay. The Green Escape Festival in Craponne has been a major attraction for fans of country music, rock, folk and blues for the past 30 years… In a unique, green venue,  the festival brings happiness to thousands of music lovers every year!

The Green Escape Festival in Craponne

The Chaise-Dieu Music Festival is definitely one of the biggest events to experience in Velay. It is already in its 52nd year, it features some of the world’s most talented classical and sacred music ensembles. And what can we say about the setting? Audiences are left speechless by the Saint-Robert Abbey church, and overwhelmed and moved by the great symphonic works in the concerts. The festival welcomes over 20,000 visitors each year.

And let’s not forget the Celtic festival in Gévaudan which spreads its influence over all the region with a wonderful programme. Major performers are on stage at Saugues in August. In Le Monastier-sur-Gazeille, no less than 40 concerts are organised during the brass music festival. Pop, jazz and classical music are all on hand for a brass-style homage to music.

The Nuits de Saint-Jacques festival is no exception to the rule. For the past four years in the Henri Vinay Garden, the applause has rung out, the children have danced and the parents have been jumping up and down on the Crozatier Museum esplanade. And it’s easy to see why! The tours of some of the greatest performers visit Le Puy-en-Velay on or around 14 July. 3 festive nights in the town centre, after a dinner in a small restaurant or a quick drink on Place du Breuil… Magic!

The magic continues in late July with Interfolk, the international traditional culture festival ! Each year, almost 400 musicians and dancers come here from far and wide and all the world’s continents. The wide-ranging cultures, songs, dancing and costumes result in a wonderful harmony of colour.

And not forgetting the traditional Nuits Basaltiques, which celebrated its 14th anniversary in 2018. 4 nights of concerts and wild dancing, where the public struts its stuff on Place Cadelade or Esplanade Claude Nougaro to the sound of traditional music!

The Loir’en Zic festival in Brives-Charensac, on the outskirts of Le Puy-en-Velay, is also a great summer event in the capital of the untamed Loire. 3 nights of ragga, ska and reggae concerts…

You are sure to feel all the excitement in Velay this summer. 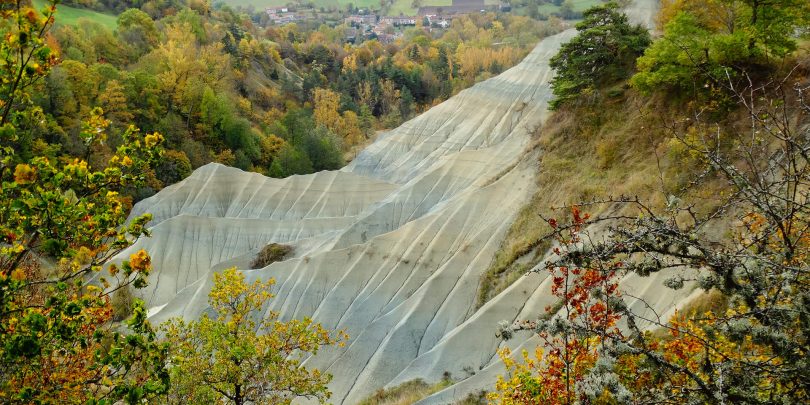 See the world in a day