Velay is a land of contrasts with a rich history. It is a region of wide-open spaces and vast horizons, where the human adventure has left behind a large number of modest or magnificent, but always moving landmarks.

The Puy-en-Velay region is no stranger to the glorious past of France. The architectural heritage is highly varied, with a predominance of medieval art that developed under a range of influences: Byzantine and oriental styles in the Puy-en-Velay Cathedral and cloister, Auvergne Romanesque in Saint-Julien de Brioude and the school of Burgundy in Le Monastier-sur-Gazeille and the Chamalières-sur-Loire priory.

Cloister of the Cathedral

Gothic styles are less in evidence, but still represented in such major buildings as the Saint-Laurent Church in Le Puy-en-Velay and Chaise-Dieu Abbey (14th century).

Stones whispering the history of mankind

But as well as these “flagship” monuments, Velay has numerous little churches with bell gables (a spire wall with symmetrical arcades, as can be seen in Saint-Front, Saint-Rémy, etc.). The upper Allier Valley, too, is filled with ancient sanctuaries – Sainte-Marie Chapel in Saint-Julien-des-Chazes, Chanteuges, Saint-Cirgues, Lavoûte-Chilhac – often decorated with beautifully sculpted chapters, gold and silver…

The feudal period, marked by the Cathar heresy, the upheaval of the Hundred Years War, the dangers of highway robbery and the rivalry between the bishop-counts of Velay and the Polignac family, left behind important examples of civilian and military architecture. Fortresses and strongholds were built on the hillsides in strategic positions, like the Polignac fortress and the castles of Bouzols, Arlempdes, Allègre and La Rochelambert. The Borne Valley may not seem impregnable, but Saint-Vidal Castle showed over time that it was! For centuries it proved the value of its defensive architecture.

The town of Le Puy-en-Velay has preserved an incredible urban unity, mainly dating from the Renaissance period, with a 35-hectare protected area. A more modest heritage that it is still well worth a visit is the region’s rural architecture. Bread ovens, Béate houses and the thatched cottages on the high plateaus of Mézenc and Meygal, built to withstand the winter winds.

The Marquis de Lafayette,
the hero of two worlds

The Velay region is the birthplace of several famous people: the writer Jules Vallès (1832-1885), born in Le Puy-en-Velay, the author of an autobiographical trilogy, L’Enfant, Le Bachelier and L’Insurgé, and General Marquis de Lafayette (1757-1834), born in Chavaniac. A hero of the American Revolutionary War, he was also a key figure in the French Revolution. The Revolution led to the provinces of pre-revolutionary France being divided up and to the creation of the Haute-Loire department in 1790, beginning in Velay and including part of lower Auvergne, Gévaudan, Forez and Vivarais.

A change of scenery 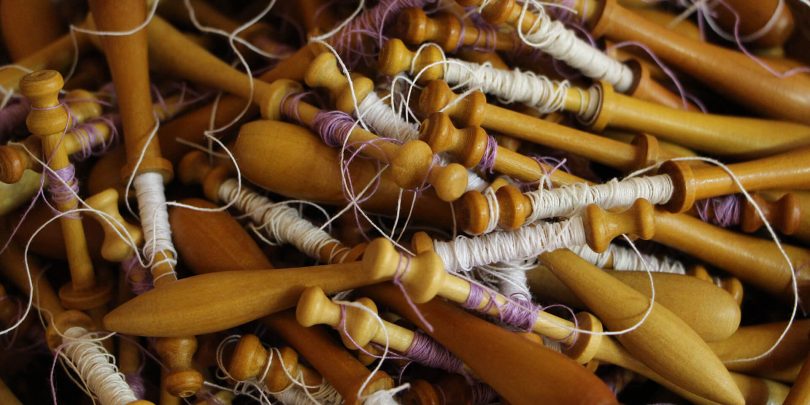