The Via Podiensis, leaving from Le Puy-en-Velay, is one of the 4 main routes leading to Santiago de Compostela in Spain. This is the stage between Golinhac and Conques.

Since it was founded, Conques Abbey has always welcomed pilgrims from all over Christian Europe, who came to venerate the relics of Saint Foy (Saint Faith). The Book of Miracles bears witness to this popular fervour.

The ranks of worshippers were gradually expanded from the 11th century by pilgrims travelling to Santiago de Compostella in Galicia. They were following the route from Le Puy-en-Velay (Via Podiensis), one of the four main paths along the Way of St James. 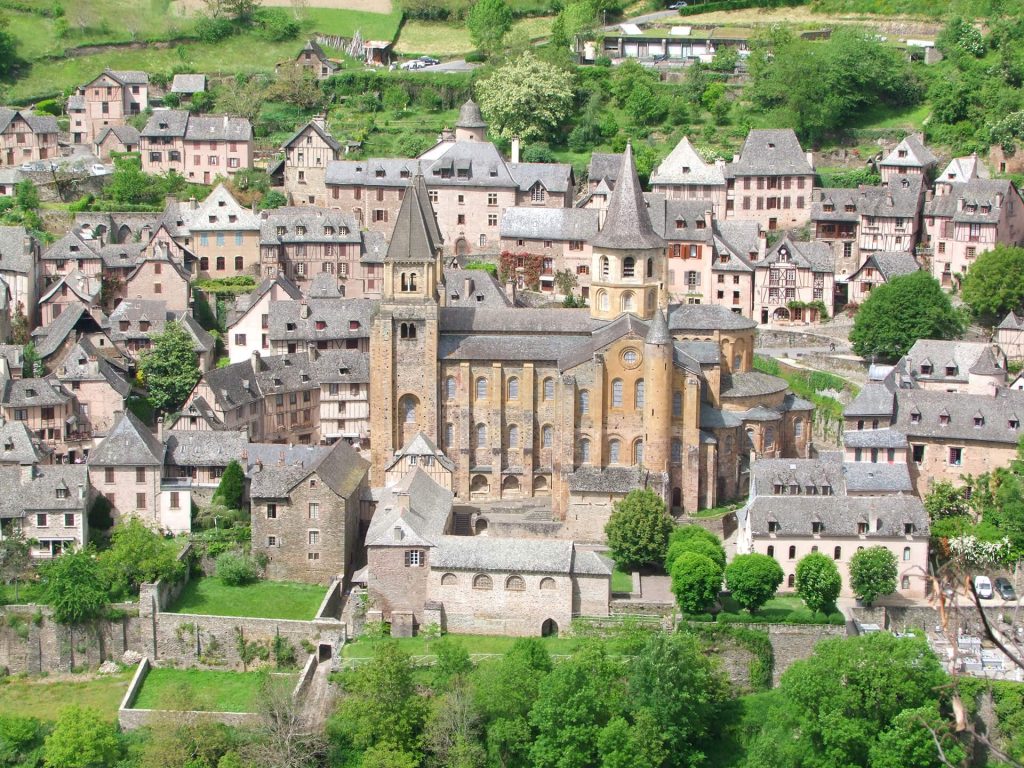 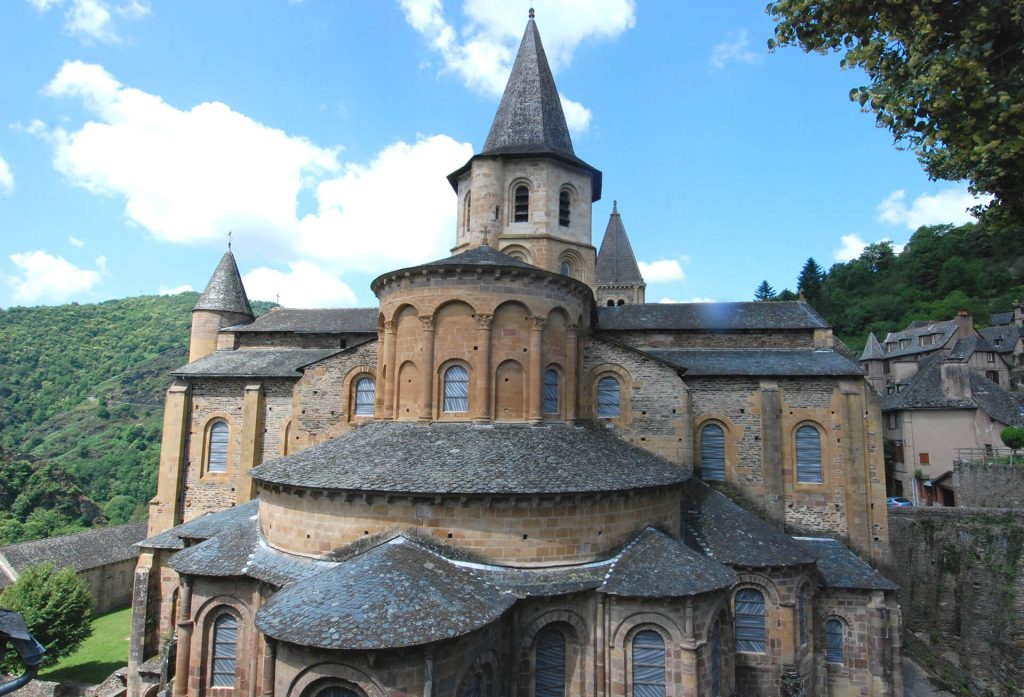 The Pilgrim’s Guide, a 12th-century Latin manuscript, mentions the major stage of Conques and its holy benefactress: “the very precious body of the blessed Foy, virgin and martyr, was buried with honour by the Christians in a valley known to local people as Conques; on this site a fine basilica was built where, for the glory of God, still today the rule of Saint Benedict is followed with great care; many graces are granted to both the healthy and the sick; in front of the doors of the basilica an excellent source runs with qualities too wonderful to be described. Her saint’s day is on 6 October”. 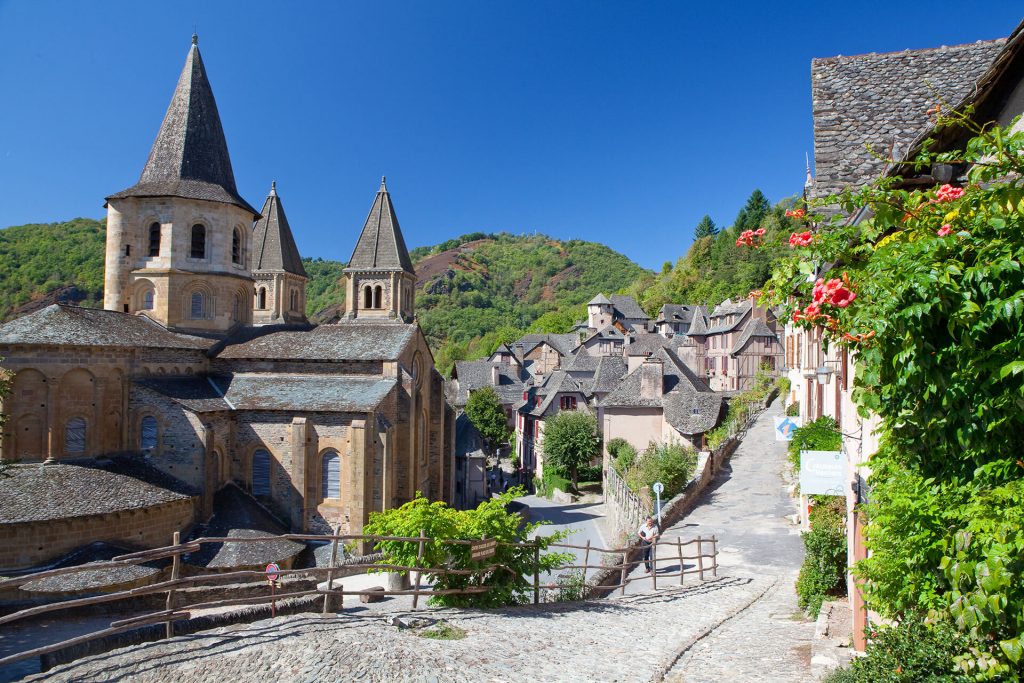 Today, the enthusiasm born over one thousand years ago has not fallen off, far from it. Traditional pilgrims have been joined by the hikers of modern times. More and more people follow this cultural trail for a wide range of reasons. It is a unique opportunity for encounters and for exploring an exceptional architectural and artistic heritage.

The Saint-Foy abbey church in Conques and the medieval bridge over the River Dourdou have been listed as UNESCO World Heritage sites since 1998. 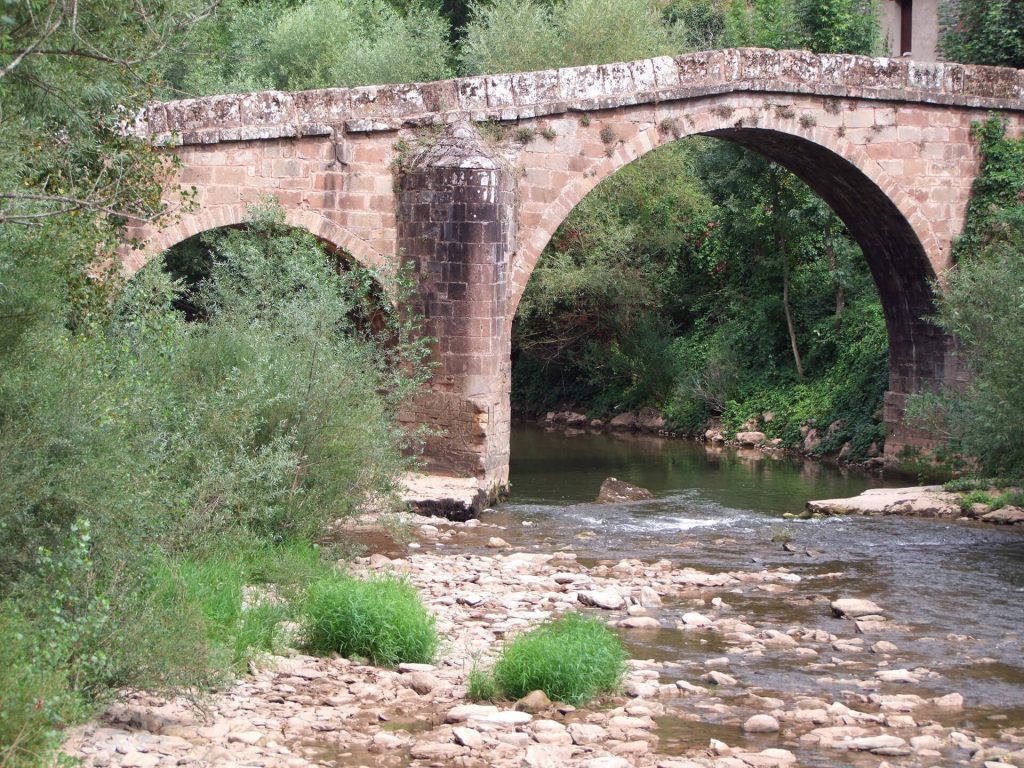 Thanks to the Conques-Marcillac Tourist Office