Masterpiece of southern gothic, Papal burial building, the Abbey of La Chaise-Dieu abounds of patrimonial treasures in the heart of a medieval village 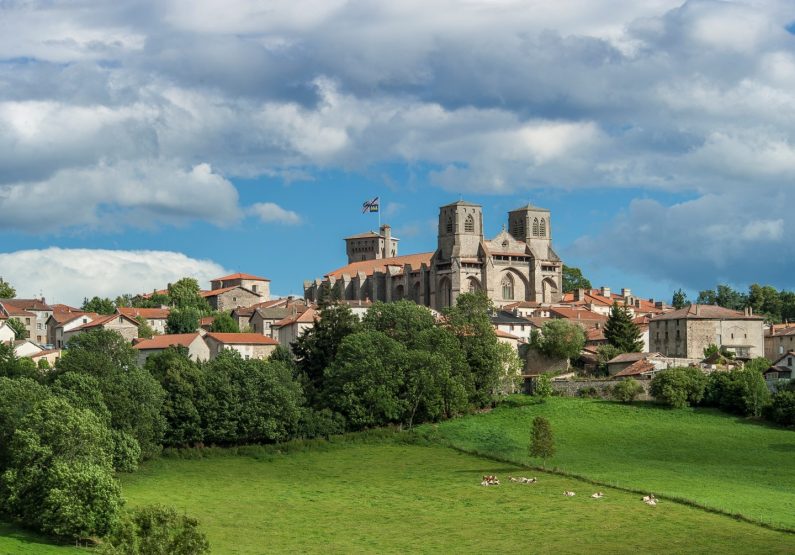 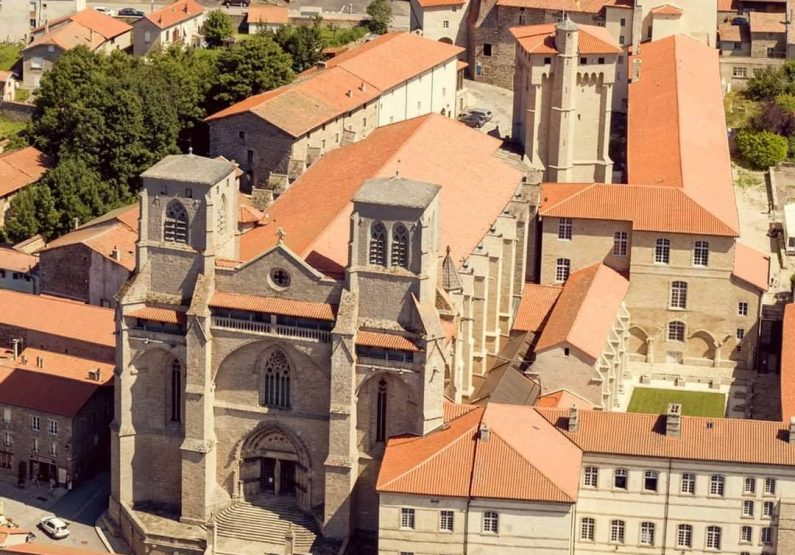 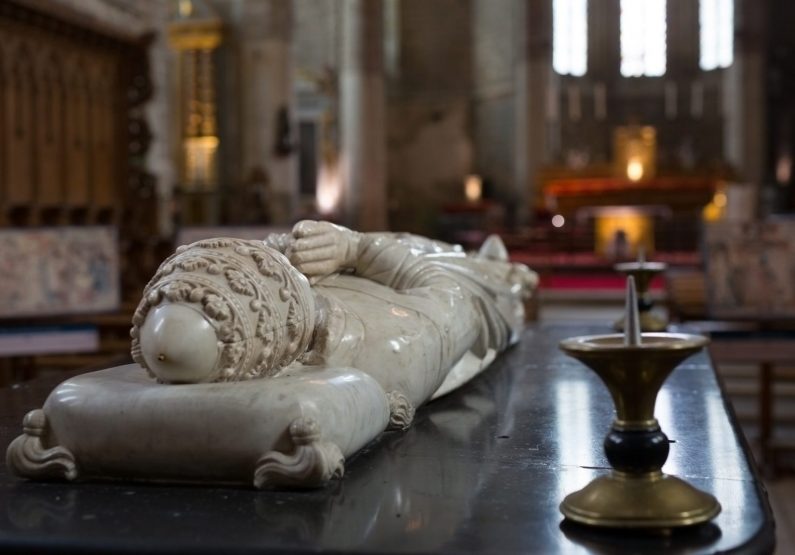 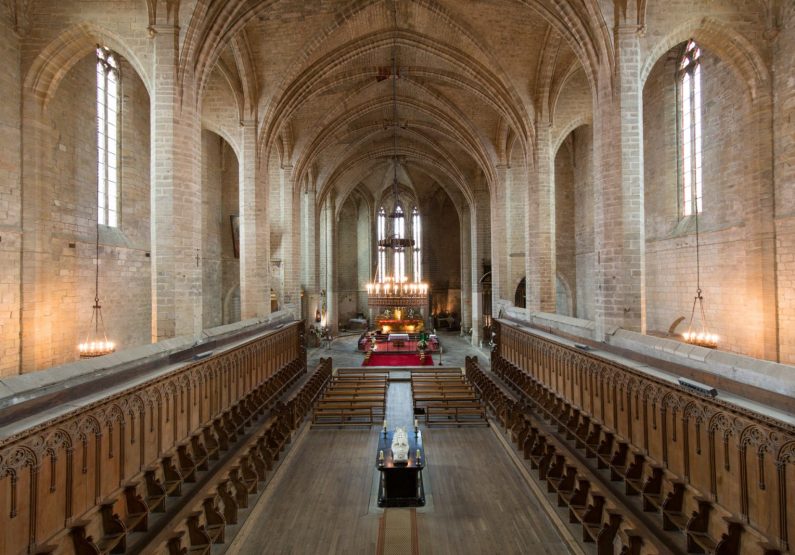 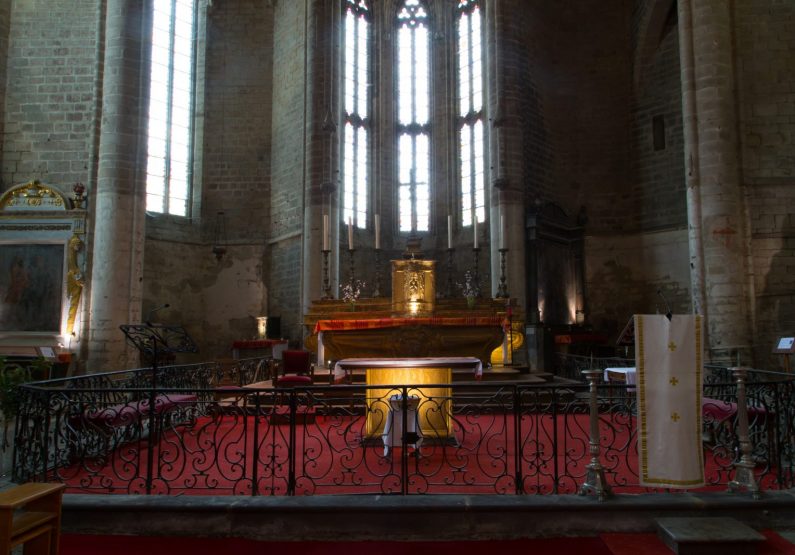 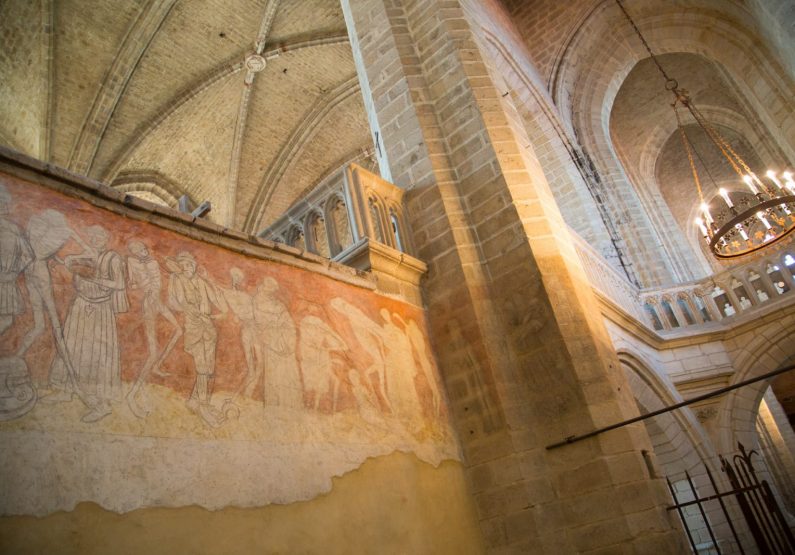 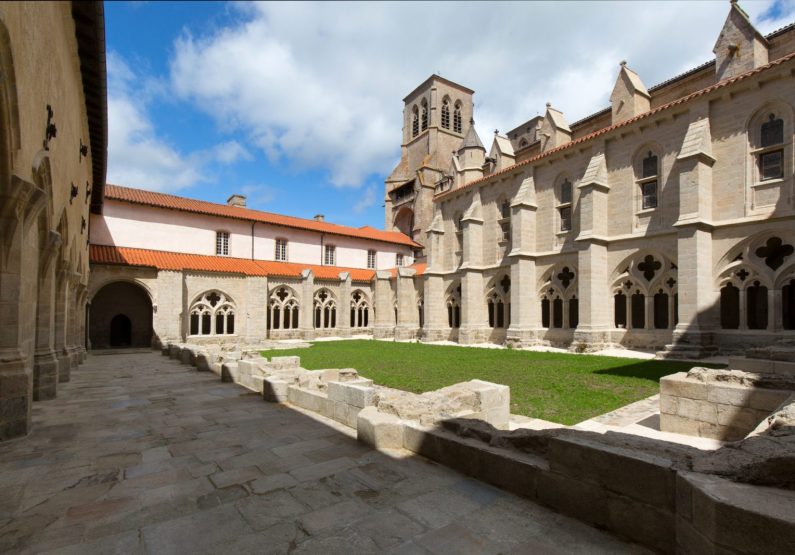 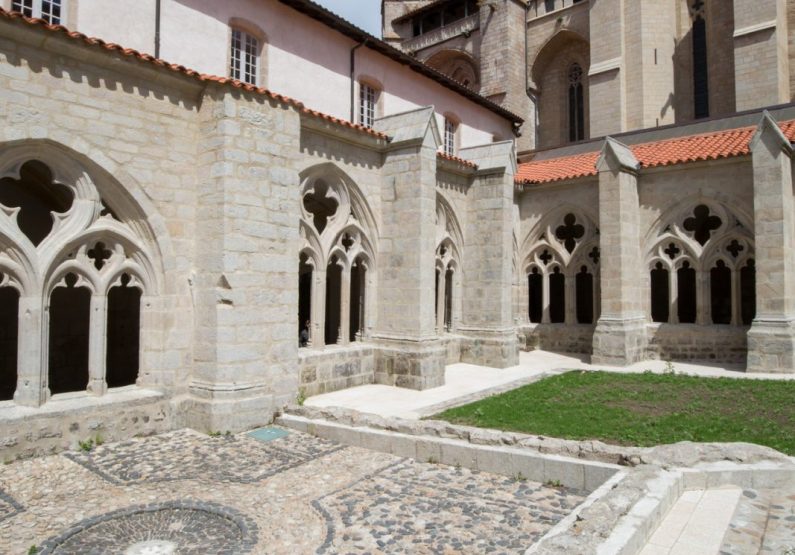 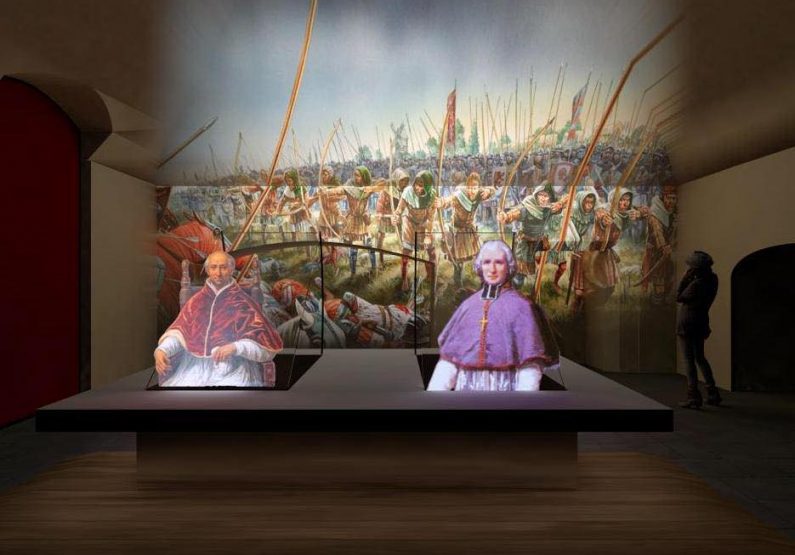 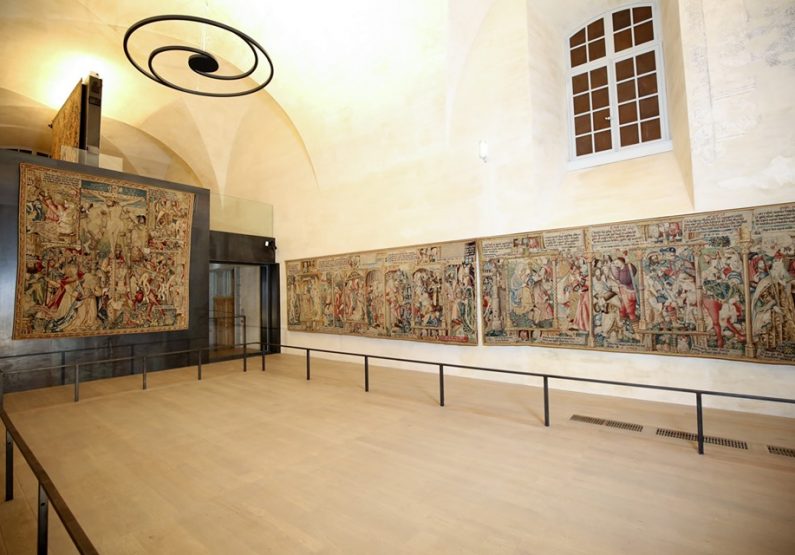 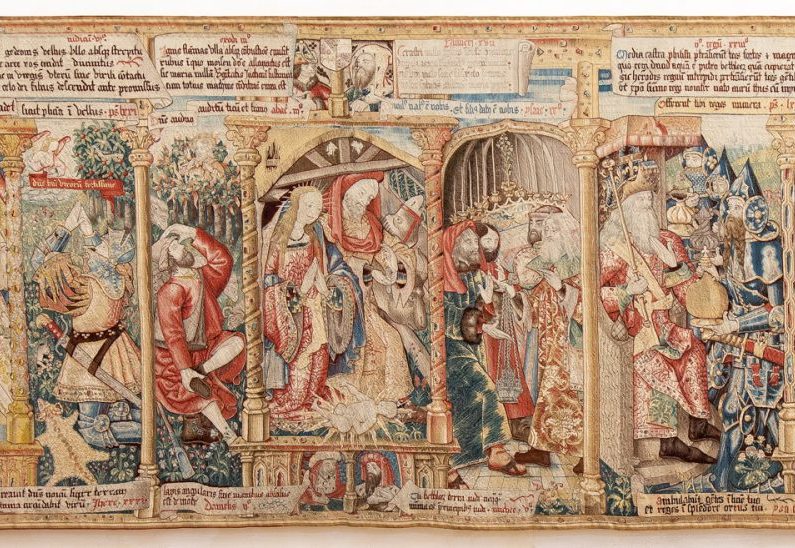 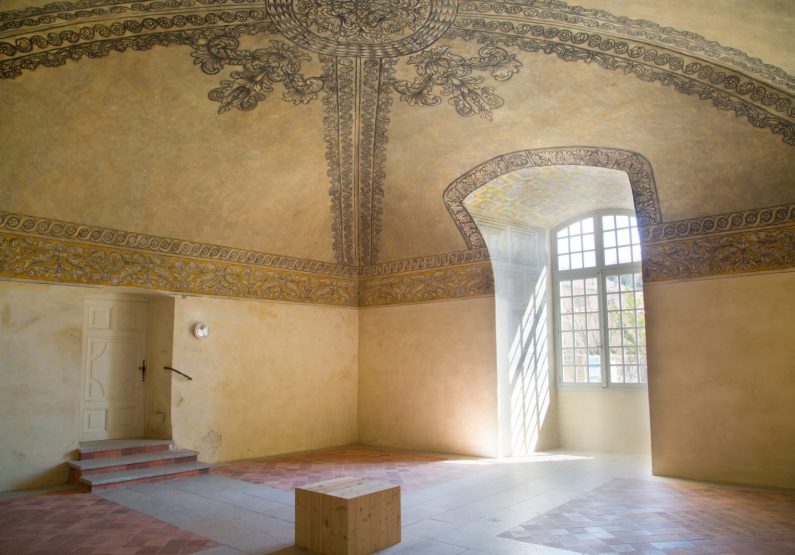 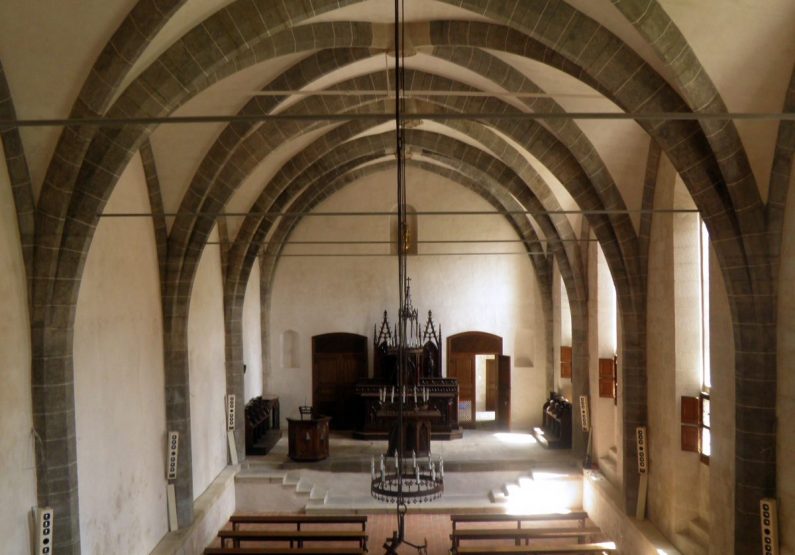 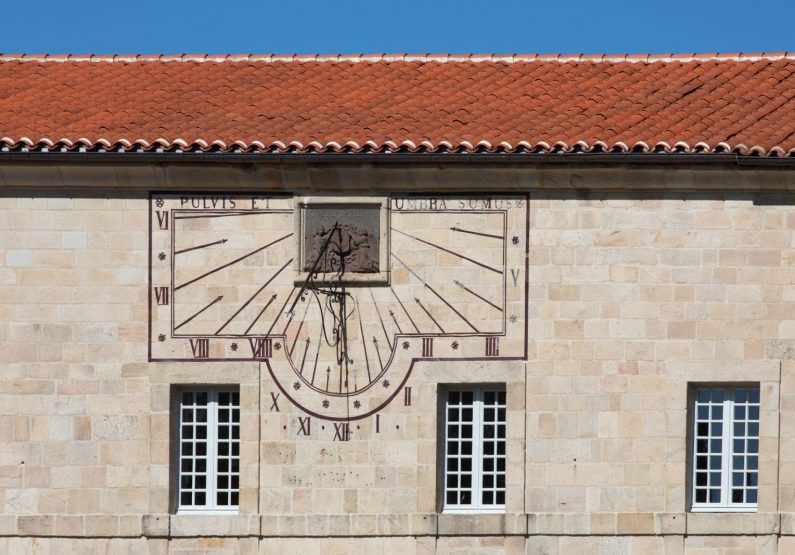 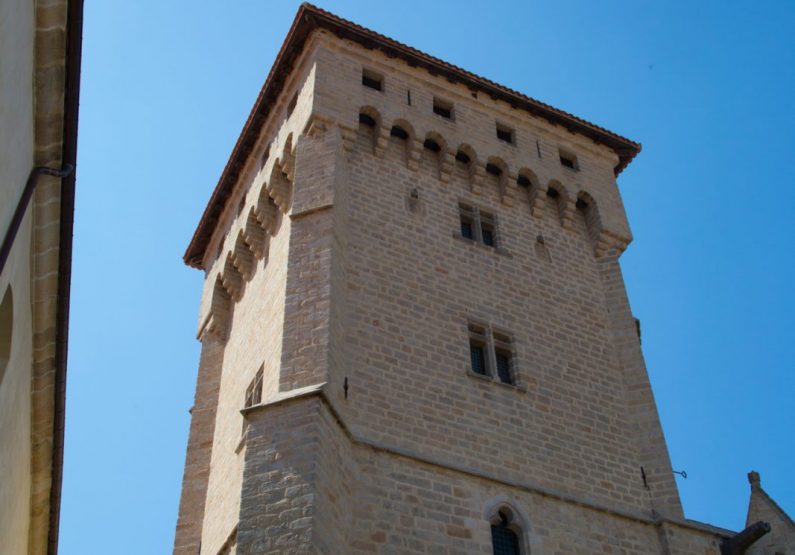 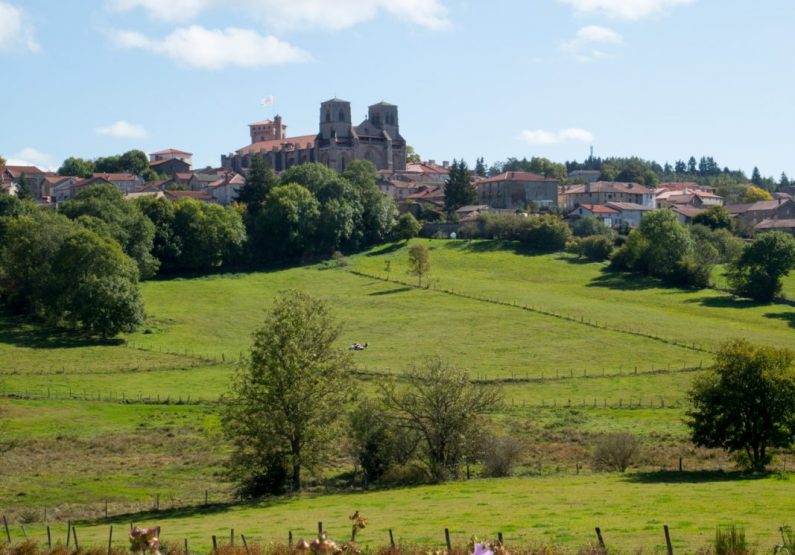 The Abbey is made of several buildings around a cloister : a beautiful gothic church from the 14th century with the tomb of the Pope Clement VI surrounded by 144 stalls in oak wood sculpted with medieval figures and the famous fresco "Danse Macabre" from the 15th century painted on the north wall.
A big rood-screen in stone separate the nave in two parts with the tomb of St Robert, the founder of the benedictin abbey in the 11th century : la Casa Dei.
There is also a beautiful baroque organ case from 1683 with musician angels sculpted in pine wood from local forest. It was all restored with the help of Georgy Cziffra, hungarian pianist founder of the famous music festival that takes place here since 1966. Each summer, at the end of august, several classical and baroque music concerts make the vaults resonated.
The refectory was turned into a chapel after the French Revolution with the departure of the twenty last benedictin monks.
The gothic cloister losts two galleries after a fire at the end of the 18th century.
A whispering room called "salle de l'écho" is a real mystery for the visitors : each one can speak loud to another and hear perfectly whispering in the opposite corner.
From 2007, a great restoration project is carried by the department of Haute-Loire and the town of La Chaise-Dieu.
An old and restored chapel presents now the 14 flemish tapestries of the abbey, listed by the Historic Monument as a real national treasure.
A new museum tour is now open from april to november to discover all these parts of the abbey.
The abbey complex of the Chaise Dieu has just been awarded a 3rd star in the prestigious Michelin Green Guide

All year round, daily.
Closed exceptionally on January 1st and December 25th.