Access to the relics chapel is through the north side-aisle of the Cathedral. The room is situated in one of the upper storeys of the building, known as the "machicolation". It was built in the 12th century and was originally the Chapter library. 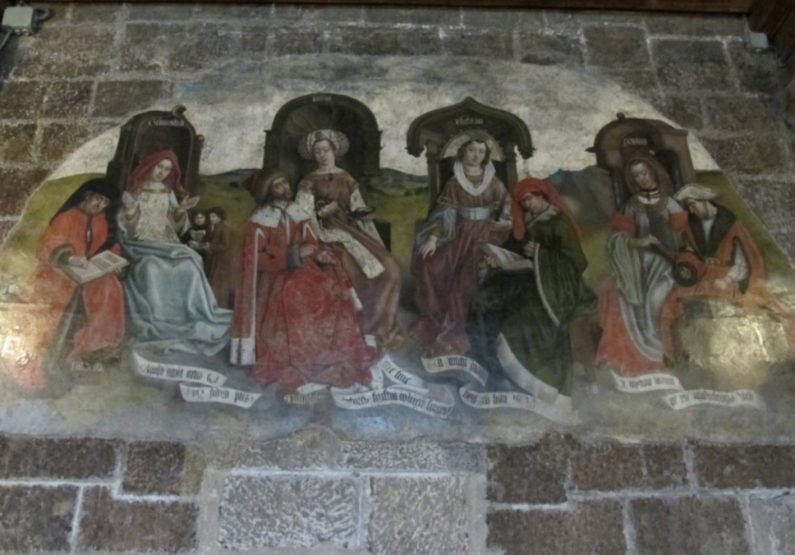 In the chapel, visitors can admire a mural depicting the liberal arts dating from the 15th century.
During renovation work in the 19th century, Prosper Mérimée discovered the incomplete mural, with 4 of the arts instead of 7: grammar, logic, rhetoric and music.
The chapel choir is decorated with a fine, gilded altarpiece from the 17th century. On top of it is a copy of the Black Virgin sculpted by Philippe Kaeppelin, and based on information provided by the geologist Faugeas de Saint-Fons. The original was burnt by revolutionaries on 8 June 1794.