Groups: stay on the Way of Saint James, from Puy-en-Velay to Roncesvalles

7 days/6 nights. On the roads to Compostela from Puy-en-Velay to Roncevaux. Travel by bus with the possibility of walking on days 2, 3, 4 and 5. 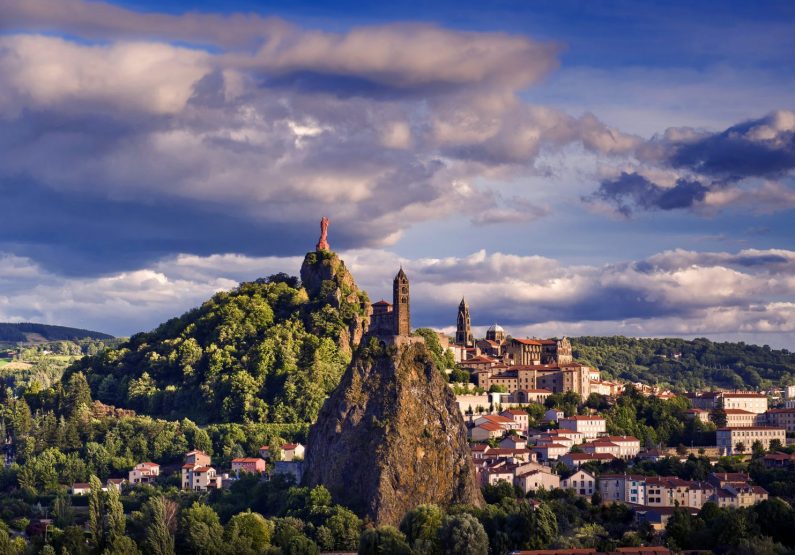 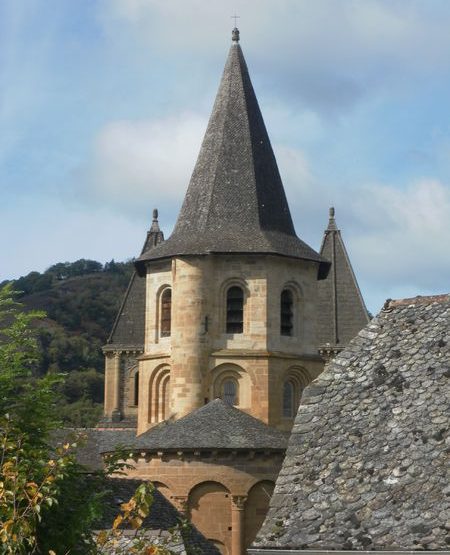 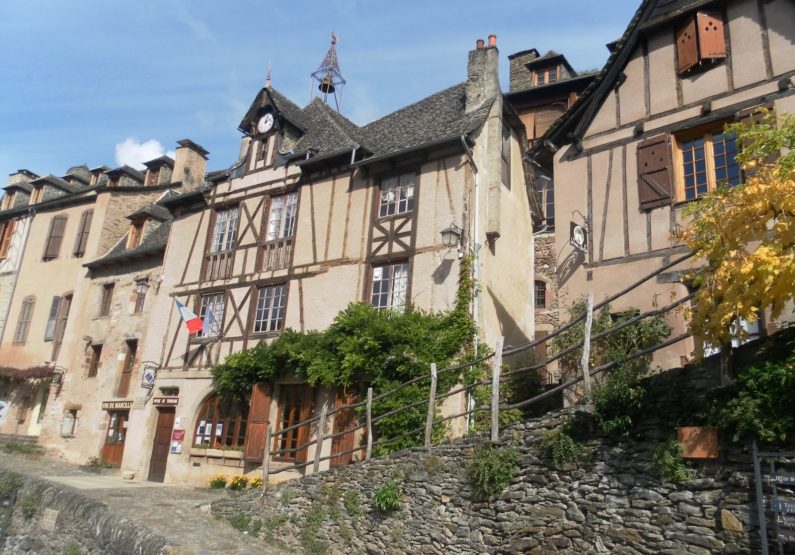 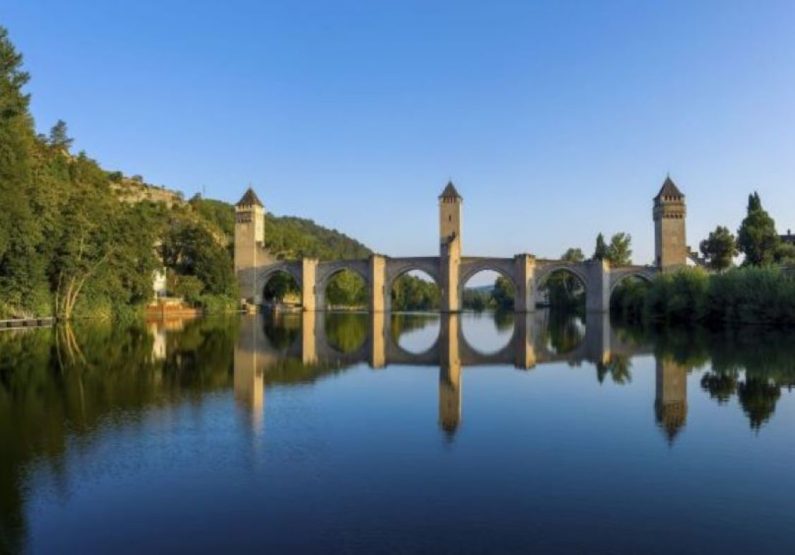 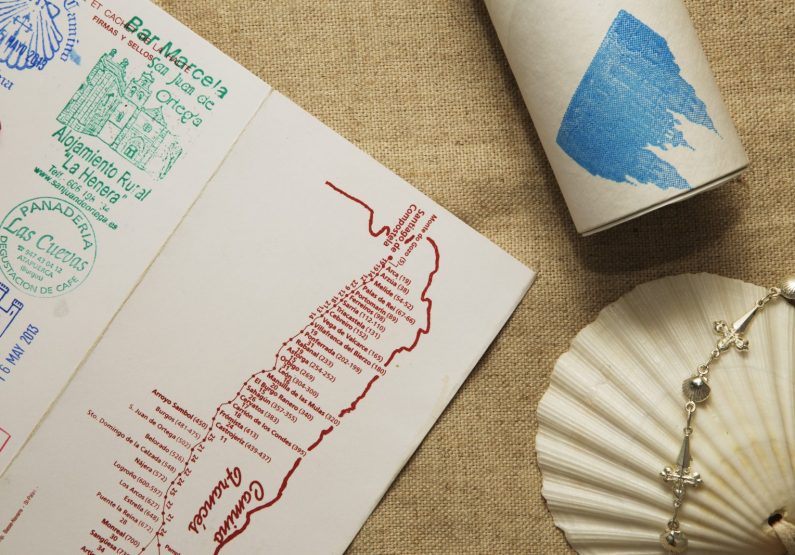 The "Via Podiendis" from Le Puy en Velay is one of the four routes described in the 12th century to reach the Spanish sanctuary of Santiago de Compostela. It was the preferred route of pilgrims coming from the east. It crosses the Aubrac, the Lot, the Quercy and the Gascon country.

The proposed walking stages are easily accessible and have been organised at a "slow" pace on routes that can be walked by everyone. They will last a maximum of two hours each morning and are based on an average of three to four kilometres per hour (the normal pace for an adult is five kilometres per hour).
To walk, bring good shoes (especially not new ones!) and a stick or a cane if you need it.

Departure from Clermont Ferrand or Lyon

Departure in the morning from your locality.
Transfer by coach to Le Puy en Velay.
Installation in the hotel located in the centre of the city and lunch.
The afternoon will be devoted to a guided walking tour of the old town of Le Puy en Velay: its typical medieval and winding streets, its surprising cathedral (voted 2nd most popular monument in France in 2015), its magnificent Romanesque cloister....
Return to the hotel.
Dinner and accommodation in Le Puy-en-Velay.

Breakfast at the hotel.
(Possibility of attending the pilgrims' mass at 7.00 am in Le Puy cathedral for those participants who wish to do so).
Then, departure by coach, and route via St Privat d'Allier, Saugues and the Monts de la Margeride to the Chapelle Saint Roch de Chanaleilles.

From the Chapelle Saint Roch de Chanaleilles, a walking stage of about 2 hours (09:00/11:00) to Saint Alban de Limagnole will be proposed to those who wish to do so.
For the others, the coach will be available and will follow the route of the walkers.

Continuation through the vast plateau of Aubrac. Crossing the typical villages of this area: Nasbinals, Aubrac, Saint Chely d'Aubrac and Saint Côme d'Olt....
Lunch in Espalion, a large picturesque town with the remarkable Gothic "Pont Vieux" with four pink stone arches spanning the Lot.
In the afternoon, drive to Conques via Estaing, a magnificent old town on the banks of the Lot.
Guided tour of Conques and its superb Romanesque abbey church of Sainte Foy, built in place of a Carolingian oratory.
You will discover its twin towers, the last judgement of its tympanum sculpted with 124 characters, its high nave (22 metres) typical of pilgrimage churches and its stained glass windows designed by
by Pierre Soulage.
In addition, you will visit the cloister dating from 1100 and the rich treasure of this exceptional monument.
Dinner and overnight stay in Conques (Pilgrims' welcome at the Abbaye Sainte Foy).

Breakfast at the accommodation.
Drive via Figeac, a flourishing town in the Middle Ages under Pepin the Short. Discover the half-timbered houses and the "soleilhos", covered galleries under tiled roofs.
Figeac is also the birthplace of Jean François Champollion, who revealed the secret of hieroglyphics.

From Béduer to Gréalou, a walking stage of about 2 hours will be proposed to those who wish it.
For the others, the coach will be available and will follow the route of the walkers.

Continuation through the Lot valley and the Quercy. Along the way, you will notice, between landscapes of stunted oaks and lavender fields, numerous pigeon houses and some dolmens.
Arrival in Cahors. Settling in at the hotel and lunch.
Afternoon guided tour of Cahors: the massive St Etienne cathedral with its two large slate domes (the largest after those of St Sophie's in Istanbul), this building is listed as a UNESCO World Heritage Site as part of the Santiago de Compostela Pilgrimage.
You will then walk through the old quarters where you will find many medieval buildings and reach the famous Valentré bridge, a 14th century bridge with a tower gate, whose seven arches plunge into the water of the Lot.
Return to the hotel. Dinner and overnight stay.

Breakfast at the hotel.
Drive south towards Labastide Marnhac, one of the oldest bastides in the Lot.

From Lascabanes to Montcuq, a walking stage of about 2 hours (09:00 - 11:00) will be proposed to those who wish it.
For the others, the coach will be available and will follow the walkers' route.

Then, road to Moissac through the vineyards of Chasselas.
Guided visit of the Saint Pierre de Moissac abbey, founded in the 7th century and architectural jewel of the Lot et Garonne. You will especially admire the porch bell tower and the prestigious tympanum which represents Christ at the end of time surrounded by the 24 elders of the Apocalypse...
Lunch in Moissac.
In the afternoon, continuation to the Gers department.
Guided tour of Condom: St Peter's cathedral, the old ramparts, the Templar tower and the medieval streets of the old town.
Then, guided visit of the Ets Ryst Dupeyron, renowned producers of Armagnac, installed in the prestigious 18th century Hôtel de Cugnac.
Armagnac is a family story, since the founder, J. Dupeyron, was awarded a prize at the Universal Exhibition in 1900.... Tasting.
Dinner and accommodation at the hotel in the vicinity of Comdon.

Breakfast at the hotel.
Drive to Nogaro, the main town of feudal Armagnac.

From Nogaro to Despons, a walking stage of about 1h30 (09h00 - 10h30) will be proposed to those who wish it.
For the others, the coach will be available and will follow the walkers' route.
Continuation via Aire sur l'Adour and Navarrenx.
Lunch.
Then, drive to Saint Jean Pied de Port and guided tour of this town. You will reach the upper town and the Saint Jacques gateway and walk along the cobblestones of the undisputed tourist capital of the "Pays de Cize".
Dinner and accommodation in a hotel in the vicinity of Saint Jean Pied de Port.

Breakfast at the hotel.
You will take the road to Valcarlos where the Saint Jean d'Irauzqueta hospital, the casa de la Reclusa and the Gorosgaray hospital bear witness to the passage of pilgrims.
The passage to Arnégy marks the entrance to Spain. At the Ibaneta pass, we stop to visit the modern chapel built on the presumed site of the 11th century Saint Saviour monastery, an important conventual centre. The memory of Roland and his valiant knights hangs over the place.
Guided tour of Orreaga (Roncesvalles), the last stop on your tour.
The collegiate church was founded around 1130. The church overlooking the monastery is a French Gothic masterpiece from the 13th century: you will admire a cedar wood virgin adorned with precious stones.
You will then go to the church of Saint James on the outskirts of the town: pilgrims used to pray here before setting off on foot again: Santiago de Compostela is now "only" 787 km away....
Lunch in Roncesvalles.
Then road to Toulouse.
Check-in at the hotel. Dinner and accommodation.

Breakfast at the hotel.
Guided walking tour of Toulouse to discover the great monuments of this city: After the Place du Capitole, the Saint-Sernin Basilica and the Jacobins Church, you will admire from the banks of the Garonne splendid views of the emblematic monuments of Toulouse.
Cassoulet" lunch at the restaurant.
Then, return to your locality via the motorway.

Transport in a 53-seater coach, equipped with air conditioning, toilets and video subject to coach availability at the time of booking.

The price depends on the number of participants:
It will be per person

The price depends on the number of participants:
It will be per person

Included in the price
- transport in a tourist coach - immobilisation of the coach and driver - Insurance for the transport - accommodation** in 3*NN hotels in double rooms (shower and WC) **Except in Conques where the accommodation will be at the Pilgrims' reception of the Abbey Sainte Foy Abbey) - full board from lunch on day 1 to lunch on the last day - Drinks at dinner (1/4 wine per person and per meal + coffee for lunches) - Excursions and entrance fees as mentioned in the programme - the presence of a guide during your entire trip - the local guide in Puy en Velay, Conques, Cahors, Moissac, Roncesvalles and Toulouse (The visits to Comdon and St Jean Pied de Port will be made by the guide (The visits to Comdon and St Jean Pied Port will be made by the guide who will be with the group during the whole trip) - assistance, repatriation and cancellation insurance - food and lodging expenses for the driving and accompanying staff

Contact Groups: stay on the Way of Saint James, from Puy-en-Velay to Roncesvalles