The Via Podiensis, leaving from Le Puy-en-Velay, is one of the 4 main routes leading to Santiago de Compostela in Spain. This is the stage between Saugues and the Domaine du Sauvage.

In Saugues, you are welcomed by imposing wooden sculptures depicting pilgrims and the striking Beast of Gévaudan. Saugues is a medieval town that has kept a strong identity down the centuries due to a sometimes harsh climate and numerous invasions, before it was finally incorporated into Haute Loire. It also marks the beginning of the Margeride and Gévaudan plateaus, with some of the most untamed sections on the Way of St James, along with Aubrac. 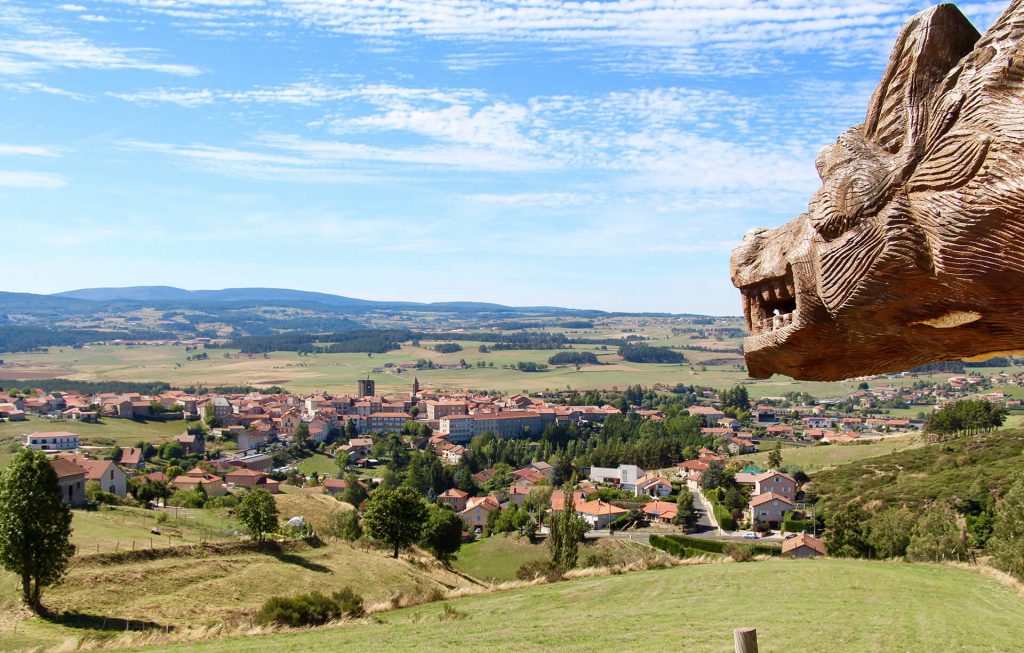 The Beast of Gévaudan in Saugues

Here you can see the Keep and St Médard collegiate church, as well as the famous English Tower. On the way to the Domaine du Sauvage, the leaning Clauze Tower is a 15th century vestige near Grèzes. Last, you come to the Domaine du Sauvage, now owned by the Haute-Loire General Council. Two gîtes welcome pilgrims for an unforgettable stay at the heart of the Margeride region. Here there is an inn run by farmers and serving meals made from local ingredients in season. 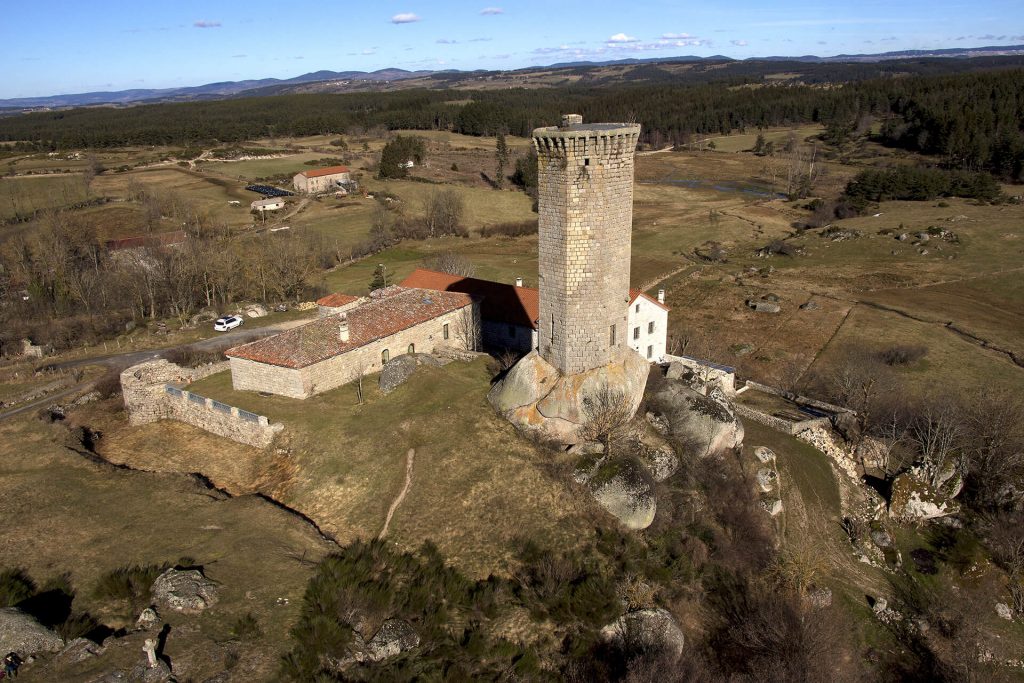 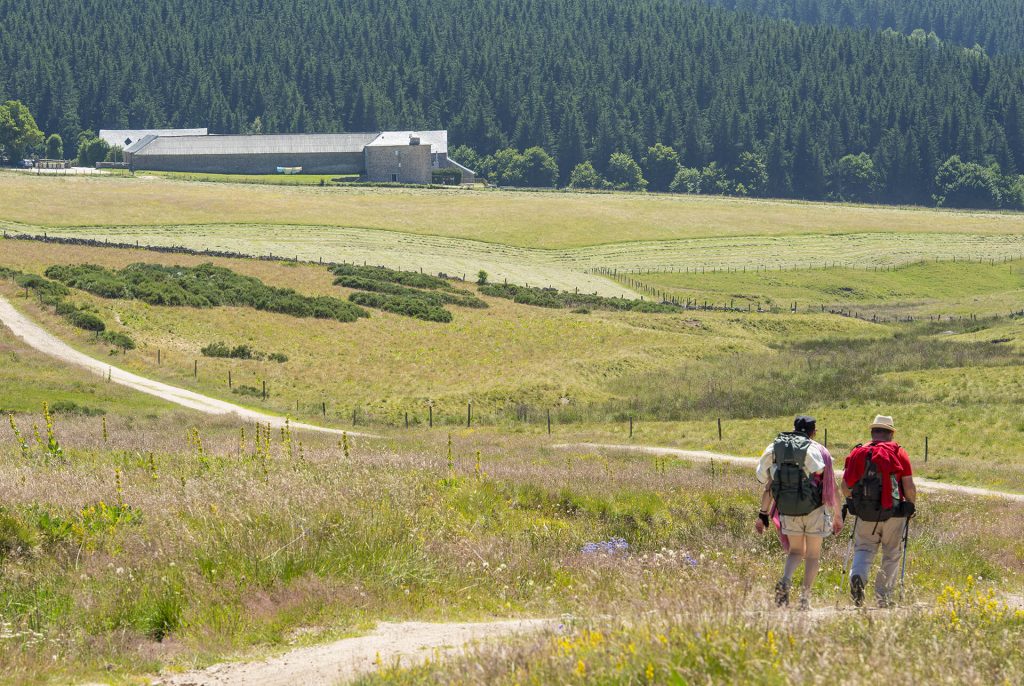 The Domaine du Sauvage, the last stage in Haute-Loire